The 4-letter Word That Can Solve Virtual Production’s Problems

Hollywood and Madison Avenue have been putting actors in front of fake backgrounds since Hitchcock was a teenager. The key word in that sentence? Fake. Because 100 years later, filmmakers are still wrestling with the same challenge in virtual production.

Since films and series started using LED walls and video game engines to bring faraway locations into studios, virtual production has flashed a ton of promise. Studios don’t have to ship crews around the world. Reflections look real. Actors don’t have to pretend the green wall behind them is more than a green wall. Post-production departments can get a head start on their work.

But anyone who has actually filmed in virtual production will tell you the same thing Hitchcock, Kubrick, and all the classic "rear projection" artists would tell you: 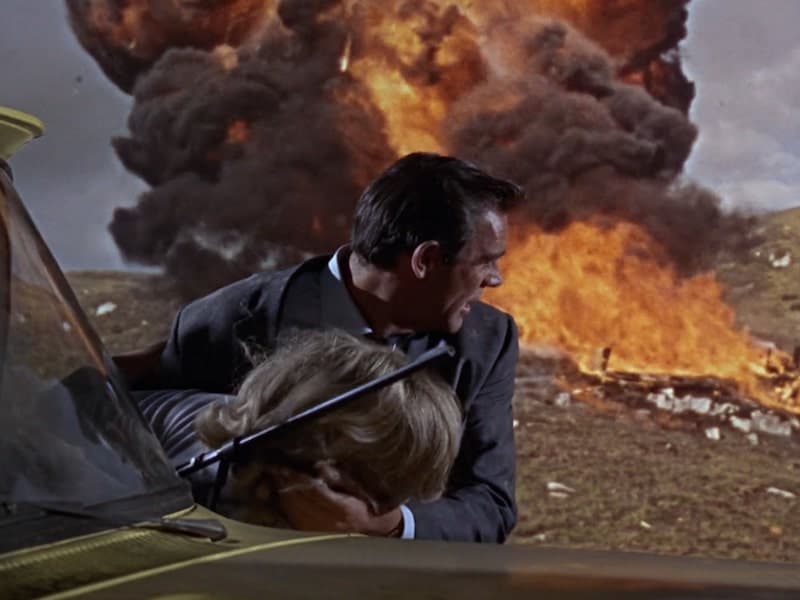 Why Do Virtual Backgrounds Look That Way?

In more primitive times, these distortions indicated potential dangers. This is why we can detect faces that don’t quite look human (prehistorically indicating potential illness or injury—and nowadays, deepfakes). It's why we can spot false laughter and crying, bad acting, and other potential indications of, well, traps.

In virtual production, there are several common issues that trip the brain’s inauthenticity alarm:

These are only some of the more obvious ways a virtual set looks fake. The problem is, these challenges disappear when filming in a real location.

After all, in the real world, the rules of physics can be taken for granted.

Every new field goes through a hype cycle. And these flaws are what threatens to push professionals curious about virtual production into the Trough of Disillusionment. When you’ve spent your career framing gorgeous shots and telling compelling stories, it’s hard to be enthusiastic about the idea of making your shot look “not fake.”

Until this changes, virtual production technology will struggle to take off.

Oblivion made virtual production look real in 2013, through manual effort.

The Good News: Data Can Solve All Of These Problems—Automatically

Though our brains are wired to detect inauthenticity, science also shows that when the world lines up with our expectations, we unconsciously encode our observations as factual—even when we know something isn’t physically possible.

This is just a fancy way of saying, “our brains can be tricked into thinking Superman is actually flying.” This is the basis of every good magician’s show and all good special effects in movies.

Good filmmaking—and virtual production—nails this perceptual trickery. It satisfies our brains, so we simply don’t question whether the guy wearing Pedro Pascal’s helmet is actually in a Tunisian desert.

Right now, filmmakers solve the “fake factor” in virtual production through manual tweaks, guess-and-check, and writing around shots that will likely look fake with virtual backgrounds.

But ultimately, many virtual production challenges are about physics—which means we can use math to solve them. And unlike in math class, we can just let the computers do the work this time.

Virtual production already has a standard solution to the parallax problem: By sharing data between the camera and the background wall, we can automatically move backgrounds based on the position of the camera so the human eye perceives the motion as realistic.

We can apply this same kind of data-sharing automation to many of the other problems I mentioned.

I believe that the sharing of data between devices and apps is precisely what’ll bring virtual production into the mainstream.

And once film directors are free from making things look “not fake,” they can focus on the exciting part: using virtual production to do more than we can in the real world.

Shane Snow is the CEO of SHOWRUNNER.